Published on December 10th 2016 by staff under Tribe Facts

The Makahs are aboriginal people occupying the Pacific Northwest coast in Washington, United States. They live in a reservation known as the Makah Indian reservation that lies on the northwestern point of the Olympic Peninsula in Washington State, including the Tatoosh Island. They dwell in and around the town of Neah Bay, Washington. It is a small fishing village along the Strait of Juan de Fuca where it runs into the Pacific Ocean.

According to archaeological findings, the Makah people have inhabited the Neah Bay area for more than 3800 years. 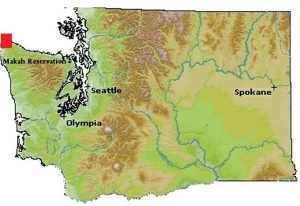 There was a treaty between the Makah tribe and the U. S. federal government in 1855, allowing the Makah people to relinquish much of their original land. As per the treaty, the tribe was given the area of Makah Reservation. However, the agreement upholds their right to hunt whales and seals in the region. The U. S. government used the Salish language name for the tribe instead of the makah language.

Excavation of the Ozette Village

A part of a Makah village near Lake Ozette was submerged by a mudslide in the early 17th century, and it was in the 1970s that the collapsed houses were excavated by Makahs and archaeologists from Washington State University. More than 55000 artifacts were retrieved, including toys, bows, and arrows. Many precious wooden artifacts were unearthed, exposed by tidal erosion after a storm in 1970. The excavation at the Ozette followed shortly and continued for eleven years. The artifacts are on display at the Makah Cultural and Research Center that opened in 1979. 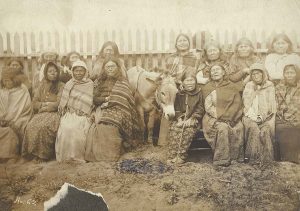 The Makah language is an indigenous one which belongs to the Wakashan family of languages. It has become extinct as a first language since 2002 with the death of the last fully fluent Makah speaker. However, the language is still spoken as a second language. The tribe is trying earnestly to revive the language as it has set up preschool classes where children are taught the language.

Earlier, a large portion of their diet was derived from the ocean, consisting of fish, whale, seal, and various shellfishes. They also hunted deer, bear, and elk in the surrounding forests. Women were engaged in gathering of berries, nuts, and many types of edible plants and roots. However, modern Makah people have adapted to a regular western diet. 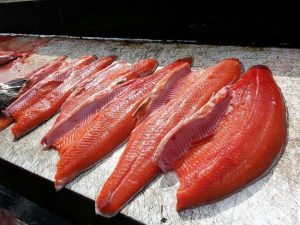 The ancient Makah people lived in villages occupying large longhouses made from the western red cedar tree. The walls were made of wooden planks that could be bent or removed to make room for ventilation or light. 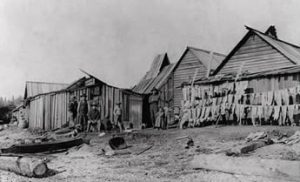 They worshiped their own religion and were guided by a set of spiritual beliefs. Their religion believed that spirits are present in all things in nature. They respect nature and the spirits as their religion taught them to do so. They revere nature for food, clothing, and shelter. Today, some Makah people still practice their traditional religion while others follow Christianity.

Baskets made of cedar roots were used for storing foods and other things, whereas whole tree logs were carved out to build canoes for hunting. They also made use of rocks, grains, beads and other materials in their crafts and accessories. 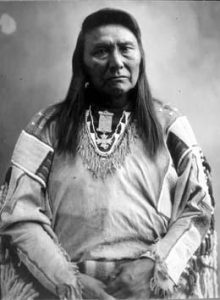 Whaling Rights of the Makah Tribe

Oral history of the tribe reveals that their whaling rights have been suspended and restored many times. It was as late as in the 1920s that whaling was called off because of the diminishing stock of humpback and gray whales. When the gray whale was removed from the Endangered Species List, the Makah’s wished to go by the treaty and start hunting again. With support from the American government and International Whaling Commission, the tribe hunted a gray whale in May, 1999. The American government granted only the Makah Tribe the right to hunt whales. No other tribe is allowed to do so. This can be regarded as an example of the tribe’s right to control and manage its own affairs.

Killing of a whale calls for celebrations with the meat and oil being distributed among community members. The weapons used for hunting has undergone many changes, and the 1999 kill was made using a big game rifle. 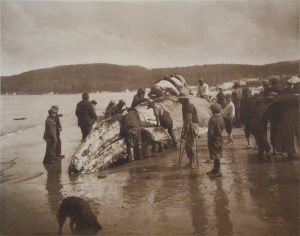 The U. S. Congress enacted a law known as the Indian Reorganization Act (IRA), giving the tribe the right to form a tribal constitution and choose an elected government. They accepted the Act and signed the Makah Constitution, forming their own government. A five-member tribal council was formed which elects a tribal chairperson each year. According to the tribal census data of 1999, there are 1214 enrolled members out of which some 1079 live on the reservation. The unemployment rate among the population on the reservation is around 51%.

Although they have evolved with the change in times and technology, the tribe still organizes annual public gatherings known as the Makah days in late August. The festival holds a grand parade as well as street fairs, traditional games, canoe races, feasting, song and dance, fireworks, and potlatches.

The Yanomami tribal people, inhabiting the deep forests of Amazon in Brazil, boast of being the largest isolated tribe that presumably migra

The Cheyenne tribe, composing of two Native American tribes namely, the Sutaio or Suhtai, and the Tsitsistas, is hailed as one of the most p