Published on October 10th 2015 by staff under Tribal Tattoo

The Superman tribal tattoo being a hot favorite among young men has a smart appearance along with a deep meaning. It symbolizes strength, honor, endurance, hope and durability—- a combination of all qualities possessed by this hero.  The famous lead singer Jon Bon Jovi of the band with the same name has a Superman logo on his left arm.

Men can opt for variations like a logo having the letter “S” designed in red and black or the popular superman colors of red, blue and yellow, though they are free to experiment with a variety of colors.

The tattoo can be made on one side of their muscular arms, resembling a sleeve. 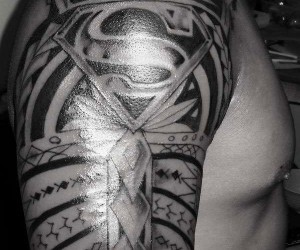 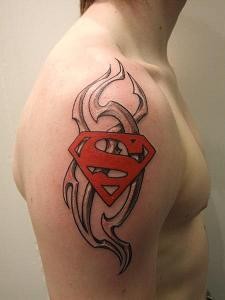 If you desire all to look at you in awe as you flaunt your great physique, wear this super hero tattoo on the region in between your shoulder blades. 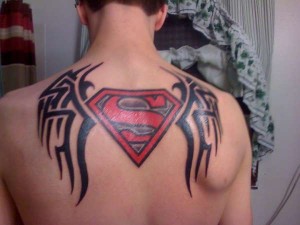 Men with a broad chest can show off an “s” design on one side of it accompanied by other intricate patterns. On the other hand, a big tattoo of the man himself can adorn the middle of your chest. 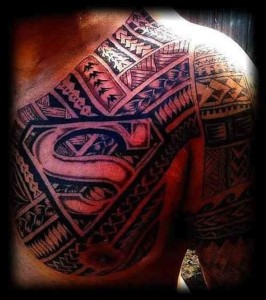 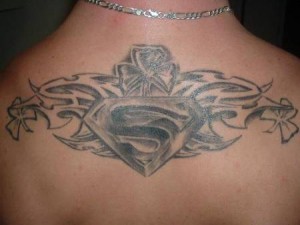 Also popular among the female folk they may flaunt a sophisticated “S” in colors of their choice on their upper arm, the area near their collarbone or on top of their foot.

Tattooing on the eyes gaining immense popularity in the recent times were actually inspired from the Egyptian and other ancient cultures. Ap