Published on May 8th 2017 by staff under Tribe Facts

The Dinka are the primary ethnic group inhabiting several parts of Sudan including the ‘Bahr el Ghazal’ (located in the Bile valley), Jonglei, areas around southern Kordufan and the up

per Nile basin. Besides their striking appearance, this African tribe have an interesting way of life. 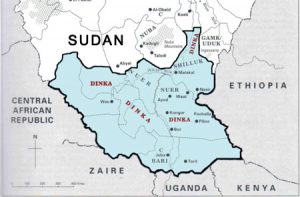 They can be traced back to circa 3000 BC when hunter-gatherers settled into South Sudan. Starting from 1500 AD, they began to spread over the entire Sudan region.

The end of the Ottoman Turks’ rule over Dinkaland in the mid-1800s was followed by its colonization by the British Empire, from whom it gained independence in 1956.

The first and second civil wars broke out as a result of South Sudan rebelling against the Khartoum government which was trying to Islamicize the entire tribe.

After the end of a third war resulting in the genocide of more Dinka people, South Sudan saw the rise of its autonomous government.

Moreover, the conflict between the Dinka and Nuer tribes, the two largest ethnic groups of South Sudan is, in reality, a struggle between the tribal leaders not only for natural resources but also political power and access to the country’s petrodollars. 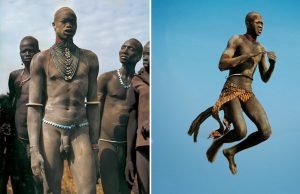 Their language, Dinka or ‘Thuɔŋjäŋ’ (meaning people), is a Nilotic dialect group with its five main dialects being Rek, Ngok, Agaar, Twic Mayardit and Bor. Rek is the standard prestige tongue of the Dinkas, who use the terms Jieng, Jaang or Moinyjieng to refer to all the Dinka languages together. The Dinka Alphabet which the tribe uses to write their language is essentially Latin, with some inputs from the International Phonetic Alphabet. 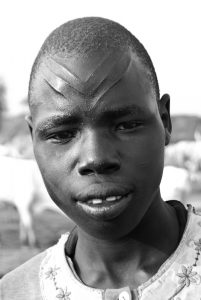 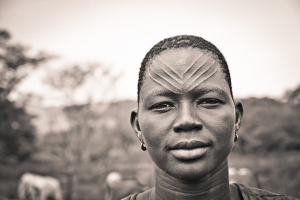 The majority of these people are monotheists, worshipping a single deity, Nhialic, whom they regard as the supreme god, also responsible for the cycle of life and death.

8% of them practice Christianity as a result of conversion by British missionaries in the 1800s. Many also follow Islam since Muslim colonialists forcefully converted quite a few of them. 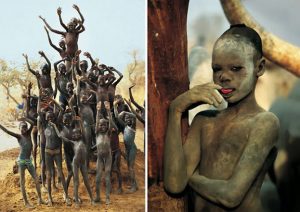 Height: The Tallest Tribe in the World

Along with the Tutsi tribe of Rwanda, this nomadic ethnic group is the tallest tribe in the world, with an average height of approximately 182.6 cm (5 ft 11.9 in). 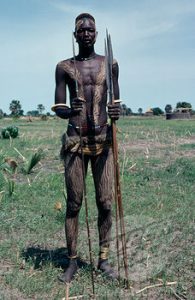 Dinka boys have to undergo a scarification process marking their metamorphosis from a boy to a man. Here, the local sorcerer carves three scars in the shape of V with a sharp object onto their forehead. Those who scream or wince during the scarring are considered to be weak. The men then take up the name of their favorite cattle or its attributes. 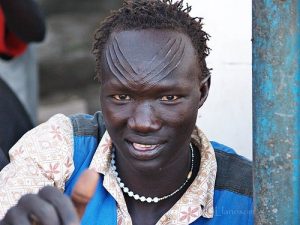 They engage in traditional dances and songs during funerals, marriages, healing ceremonies, wrestling matches, and celebration of the tribe’s ancestors, where they create the music with drums. Initially, the funeral of their spiritual leaders was celebrated on a grand scale with the latter buried alive. When he was on the verge of dying the other tribal members would place him on the grave and dance until he breathed his last. Though this ritual was banned by the British colonialists, it is still practiced at present in fewer numbers.

While the men folk carve fishing hooks and spears, the women weave baskets and sleeping mats made from papyrus. They apply the coiling technique to make clay pots for carrying water and cooking.

The people also engaged in crafting beaded jewelry aside from decorative items made of bones, tusks, and horns of dead animals. They use animal hides to make belts, drum skins, ropes, and clothes. 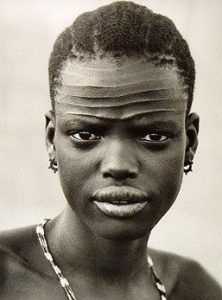 Importance of the Cow

The cow plays a significant role in their culture, with the Dinkas beginning their day by milking it.

Their wealth is measured in terms of the number of cattle one possesses. They don’t kill animals for food but may eat the meat if they are sacrificed or die naturally. They apply ash from burnt cow dung over their bodies to protect it from insects while using cow urine to bleach their hair. Moreover, the bride’s father in a Dinka marriage is awarded dowry in the form of cattle. 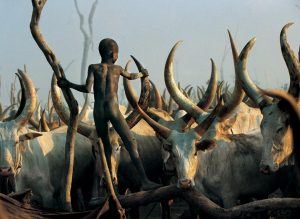 Wrestling was the most preferred sport of the Dinkas who preferred warming themselves up with song and dance before the match.

Polygamy was common in the tribe particularly among those belonging to the upper strata of the society. They could have about fifty to hundred wives shared the household responsibilities while rearing their family. They also follow levirate (ghost marriage), where a man marries his brother’s widow. Divorces that are rare in their tradition majorly occur if the woman is unable to bear a child. 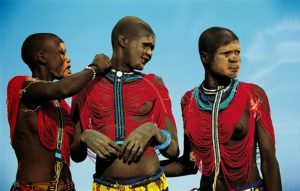 ‘Beny bith’ or “masters of the fishing spear,” who are believed to possess healing powers governs the people of the tribe. As per Dinka mythology, the spear masters ruled the country in ancient times whose descendants are now regarded as priests.

Besides the chiefs, they have influential village elders whom they look up to for solving their issues and crises.

They eat millets, their staple food, as porridge either with milk or vegetables and a spicy sauce. Rice, beans, fruits, nuts meat and fish also form a part of their diet which varies according to the season.

Originally, they resided in round mud huts with conical, thatched roofs. The two-storey huts had a living area on the ground floor with granaries above it for storing crops like millet, groundnuts, and sorghum. 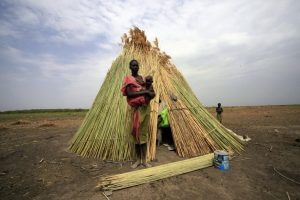 Preferring minimal clothing, the Dinka men mostly go around nude while the women dress in goatskin skirts. Both of them walk barefooted without shoes.

Even today, the males go naked or cover up at the most their privates with animal hides. Some can also be seen wearing a short coat or a Muslim robe.

At present they may also be seen wearing western clothes like cotton T-shirts over shorts as they rise in their popularity due to church aid and Arab trade. 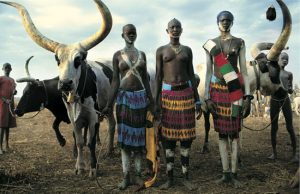 Both the sexes adorn their necks with beaded strings. Men and women also wear corsets made of colorful beads to signify their wealth and social status. The females even decorate their arms and legs with bangles, while elegant jewelry is seen on their ears.

Farming and animal husbandry are the primary occupations of the tribe. While the women manage the growth of several grains and vegetables like okra, pumpkin, millet, cassava, maize and sesame, the men manage the Dinka cattle camps.

Currently, relief items alongside resource distribution (including fruits, wild foods, and fish) also form part of the trade for them. 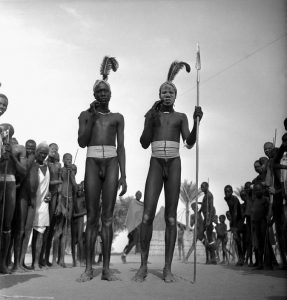 One can gain membership into the clans or patrilineal descent groups of the tribe only by being born into them.

The Dinka population of South Sudan constitutes 18% of the country’s entire citizenry with only about 3 million Dinka remaining. 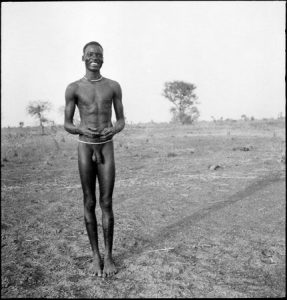 The Dinkas do not have any centralized authority or official government structure yet.

The Makahs are aboriginal people occupying the Pacific Northwest coast in Washington, United States. They live in a reservation known as the

Jarawa Tribe of the Andamans – The People and Culture

The Jarawas are one of the oldest aboriginal tribes, native to the Andaman Islands in India. Their current population is estimated to be aro