Published on February 15th 2017 by staff under Tribe Facts

The Miccosukee Indian Tribe are of a Native American origin inhabiting the Florida Everglades region in the USA. Recognized federally as “Miccosukee Tribe of Indians of Florida” in 1962, they succeeded in emerging as an independent race in the second half of the 20th century, prior to which they were a part of the Seminole tribes. 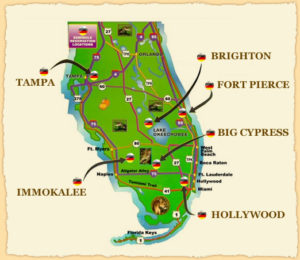 Origin of the Tribe Name

The origin of the tribe’s name probably dates back to the 16th century when the Spanish Colonizers who arrived in the North Carolina Basin called the mud laden natives “micos sucios” meaning dirty monkeys. Another source also claims that Miccosukee means ‘the chief’s voice’.

However, the etymology of their name is still debatable with no detailed document provided regarding the same. 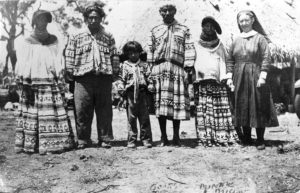 The Miccosukee were originally a part of the tribes of the Creek Confederacy or Upper Creek stock which had its origins in Southern Georgia and Northern Florida.  Due to European intrusion into their territory and the Indian Removal Act of 1830, majority of the Miccosukee people were forced to migrate to the Florida Everglades which they called ‘Kahayatle’ in their native language, referring to the glistening waters of the region. They then infiltrated the Seminole tribe but soon got displaced during the Seminole wars (1818-1858) and relocated west of the Mississippi River in 1842. Those who chose to stay back in Florida ganged up against U.S in the Second and Third Seminole Wars.  At this point, they formed a camaraderie with Seminoles who spoke Creek though keeping the Mikasuki language as well as their identity intact.

Currently, the Miccosukee tribe occupies some reservations in Southern Florida, which is together called the Miccosukee Indian Reservation including Tamiami Trail, Allegator Alley, and  Krome Avenue.

The Miccosukee Indians officially adopted the Miccosukee flag and logo in 1962. While in the flag, yellow is representative of the east, red of north, black of west and white of south, the logo too incorporates the four colors of the ‘circle of life’ as the flag. At the center of the logo is a picture of a dwelling of the kind which they used to reside in, made of thatched roofs and stilts. 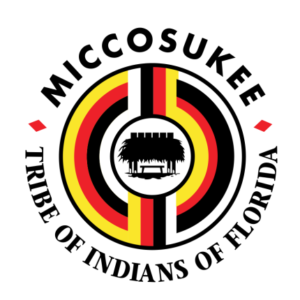 Presently, the Miccosukee Indians run the Miccosukee Tribe Resort and Gaming hotel located in Miami, Dade County, built on the land they owned, consisting of 302 rooms. The hotel offers a casino, indoor pool, golf course, buffet and spa to its visitors, among other things.

The Miccosukee Tribe speaks the Mikasuki language which is the tribal dialect. However, with the influence of English being profound, this language is gradually losing its importance. Currently, a mere 500 people from the Miccosukee Tribe and Florida Seminole speak the Muskogean language in southern Florida.

While the tribal men were responsible for fishing, as well as hunting alligators, deer, rabbits and wild turkeys, the women undertook the task of farming and harvesting crops like corn and beans. Earlier, the tribal delicacies mostly included stews, soups, and cornbread. However, with the rise of supermarkets, their eating habits changed considerably over the years.

The Miccosukee tribes previously lived in hammock-styled dwellings called ‘chikees constructed with palmetto fiber, plaster, and wood. The chikees had thatched roofs and floors that were raised about two to three feet on stilts to steer clear of swamp animals and flooding.

Currently, the village comprises of modern housing establishments while the chikees are mostly built for ceremonial or decorative purposes.

Throughout the year, the men sported tribal tattoos and breech-cloths while the woman wore wrap-around skirts made out of palmetto fiber. However, the Indians also wore mantles in chilly weather. Moccasins too were a part of their traditional attire.

The Tribal men usually had a scalp-lock on an otherwise shaved head, with a porcupine roach worn occasionally. The Miccosukee women had long hair which they wore in buns.

However, with the influx of the European culture during colonial times, they resorted to fashionable outfits like turbans, patchwork skirts, and tunics. Today, the Native Americans have adapted the American culture and pose a modernized look in t-shirts and jeans. Interestingly, they retained the trend of moccasins from their culture to date. 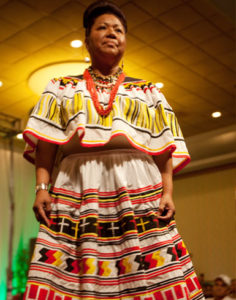 The tribe follows their traditional tribal religion and Christianity. Like any other culture, the Miccosukee people too have their unique heritage and set of myths, legends and folklore. For instance, they have their own beliefs relating to the creation of the Earth, the Milky Way, astronomy and weather, the creation of the animals, about men transformed into angels after an attempt to visit the “Great Spirit” and so on.

Present Day Status of the Tribe

The tribe possesses a written constitution with all adults being the member of the General Council.

Besides the chief, the General Council’s office also comprise of the Chairman, the Assistant Chairman, the Secretary, the Lawmaker and the Treasurer who are elected for a 4-year term in November. Buffalo Tiger was the first chief of the tribe since it achieved federal recognition, while Colley Billie holds the position at present.

Earlier, the tribe was primarily a matriarchal society wherein the mother’s lineage was considered over that of the father’s for acceptance into the tribe. The maternal uncle was regarded as the patriarch of the family and was awarded with the responsibility of familiarizing the boys with the other men of the clan.

Presently, the criterion for membership in the clan is that either parent of the member must be a Miccosukee. In fact,  people with Miccosukee mothers who do not enjoy enrollment in another tribe are accepted.

The Miccosukee Indian School is sponsored by the Bureau of Indian Education (BIE). The local school aims at imparting training on the cultural heritage, customs and language to the native youth. 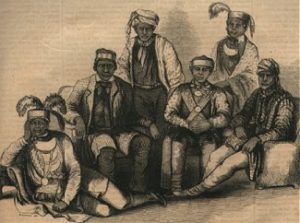 Some Important Establishments and Events

The Miccosukee Indian Village Museum established in 1983 presents a chronological picture of the tribal life, giving us a clear insight into their culture through the various paintings, photographs and handcrafts. Interestingly artifacts like utensils have also been exhibited.

The Miccosukee Tribe Indian Arts Festival is a commemoration of the native culture of the tribe. The festival, organized in the last week of December annually, features many events like Native American dances, singing, tribal storytelling, alligator show wherein the Native American men fight alligators, food stalls, arts and crafts stalls, as well as airboat rides which enable the visitors to travel through the untainted preserved environment of the Miccosukee Indian Reservation