Published on February 12th 2018 by staff under Tribe Facts

A Native Indian tribe in Connecticut, the Schaghticoke consists of the descendants of the Mahican, Potatuck (or Pootatuck), Weantinock, Tunxis, and Podunk tribes. They have a reservation of 400 acres, stationed on the New York/Connecticut border. It takes its name ‘Schaghticoke’, from an Algonquian R-Dialect word meaning ‘gathered waters’ and has a population of 300 enrolled members. Also, the town of Schaghticoke in Rensselaer County is named after the tribe.

Earlier they used the Mahican and New England languages but now they speak English.

The tribal members trace their genealogy to their first recorded sachem (the supreme chief) of the tribe, Gideon Mauwee, continuing through his grandson, Truman Bradley.

The first documented Indian community within the Housatonic Valley of Connecticut Colony, the tribe played a significant role in the state’s history. Under the leadership of Gideon Mauwee, the tribe was a refuge for fleeing Indian colonists. In the 18th century, the community consisted of 500-600 members that thrived by organizing separate winter-spring and summer villages to survive, as well as by engaging in a host of activities like fishing, hunting, and tin-crafting.

In 1736, the border of the tribe’s reservation was established by the Connecticut General Assembly. The intensification of a policy of detribalization and termination by Connecticut from 1925 to 1972 made survival extremely difficult for the tribal members living on the Reservation. Some were forced to move out and those wishing to return were not given permission. After 1973, when the State Welfare Department no longer held the reservation under its jurisdiction, formal gatherings were conducted more frequently.

In 1986, the splitting of the tribe led to the formation of the Schaghticoke Tribal Nation (STN), and in 1991, with the reservation of the STN constitution, the tribe came to be known as the Schaghticoke Tribal Nation of Kent, Connecticut (STNKC). In 2004, the STN was granted federal recognition but it was revoked in 2005 by the U.S BIA (Bureau of Indian Affairs). Further appeals to gain recognition made by the STN to the Supreme Court of the United States were also denied in October 2010. 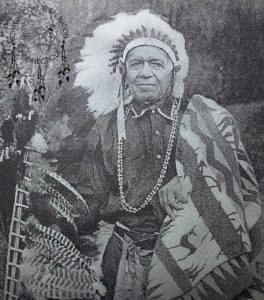 The Makahs are aboriginal people occupying the Pacific Northwest coast in Washington, United States. They live in a reservation known as the