Published on October 13th 2015 by staff under Tribal Tattoo

Aquarius, the eleventh astrological zodiac sign meaning the water bearer is depicted by ripples of water.

If you are an Aquarian desiring to make a fascinating tattoo of your zodiac sign then you may go for simple waves which is its trademark sign inked in deep black or any bright color. You may experiment with the design of the waves, giving it a blade like appearance or making it less pointed or jagged. 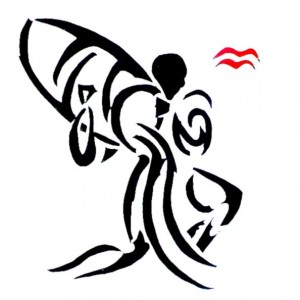 This tattoo depicted in the picture below of water overflowing from the water bearer’s vessel is a positive sign indicating that all the pains and sorrows of the tormenting past are being washed away, making way for a fresh start. 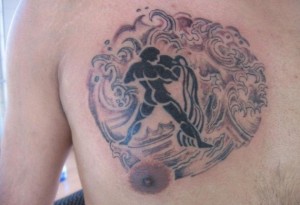 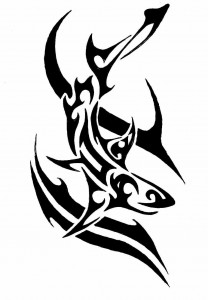 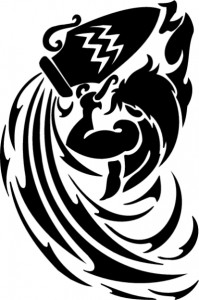 The overflowing jug of water, nourishing our Mother Earth, is another artistic creation that can be tattooed on your arm or wrist. 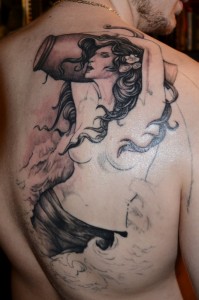 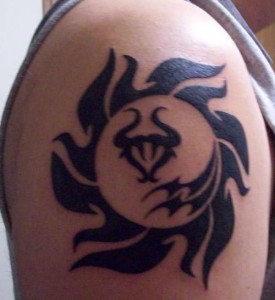 Women may add to their elegance by getting a tattoo of this pretty female water bearer inked on their arms. You may give your water bearer a personalized touch by adding some of your traits on her. 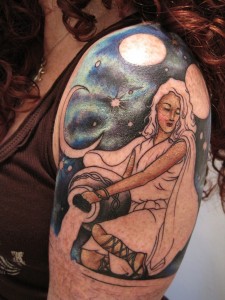 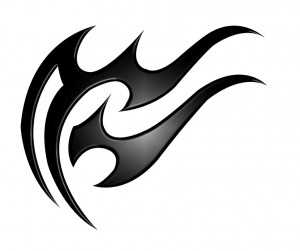 The light and dark effect created by the waves and the lady is ecstatic. 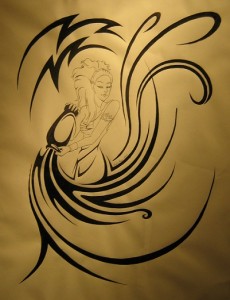 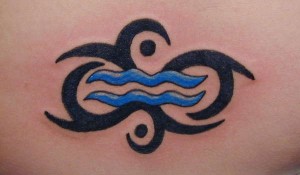 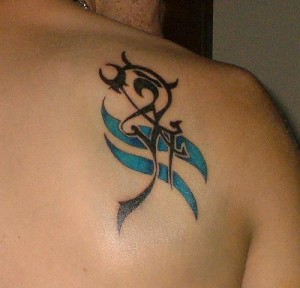 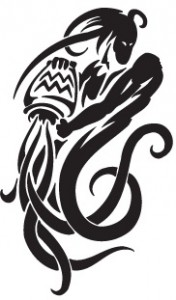 Wolf is considered, by many, as the most misunderstood beings in old-age folklore and legends that depict wolves in many roles. Wolf tattoo