Published on February 28th 2018 by staff under Tribe Facts

The Colville is a Native American tribe that takes its name from the Colville River and Fort (a Hudson’s Bay Company trading post), and speak the Okanagan language belonging to the Salish language family.

They have been called by various names by outsiders such as the “Basket People” for carrying massive salmon fishing baskets, and “Chaudiere” (kettles) after the Kettle Falls. 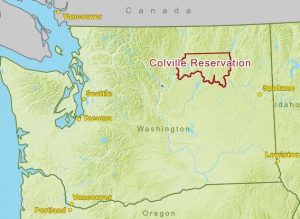 The tribe dwelled in eastern Washington, around the Columbia and Kettle Rivers in the 18th century and comprised of a population of roughly 2000 members.

The first non-Indians arrived around 1800, followed by the missionaries in 1838. For some time in the 19th century, both Great Britain as well as the US did not consider any of the tribe members as citizens of the territories in which they lived though they had occupied the region for more than 10,000 years. After the bill for the creation of the Washington Territory was signed, Major Isaac Stevens of the United States Army Corps of Engineers drafted a report for a reservation for the tribe and in it was mentioned that the US must grant lands in the form of reservations to the Indians.

The Confederated Tribes of the Colville Reservation

In 1872, two Colville reservations were formed; since the local whites considered the former to have more fertile lands, another with less productive grounds was made. In the later 19th century a large number of Colville Indians converted to Catholicism and in 1900, though they had lost over half of their reserved lands, yet a significant portion of nonnatives continued to settle there until 1935.  In 1938, a federally recognized tribe called the Confederated Tribes of the Colville Reservation (CCT) was set up and the Colville Indians were one of its 12 bands or tribes, amidst the Methow, Okanogan, Arrow Lakes, Sanpoil, Colville, Nespelem, Chelan, Entiat, Moses-Columbia, Wenatchi, Nez Perce, and Palus. Apart from looking after the tribe, the CCT sought to ensure their safety by implementing the Colville Comprehensive Emergency Management Plan (CCEMP) as a needed response.

As per tribal records of 2015, there are 9500 enrolled members that live near or on the reservation. The rule of tribal enrolment is that one should have at least one quarter Colville blood and if he undergoes intermarriage, his bloodline gets diluted. 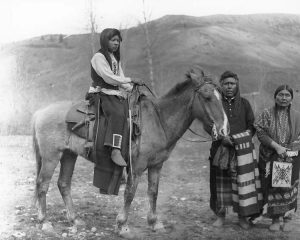 The Colville Reservation now consisting of 1.4 million acres reside in the Okanogan and Ferry Counties.

Till mid-1800, the members were basically nomadic and were considered non-entitled. From spring to fall, they moved from place to place in small groups, fishing for salmon and hunting along the mountain meadows for berries and roots, birds, large and small game.  Women also took part by collecting salmon eggs, nuts, camas, and seeds. In winter, they relied on whatever they had stored. They became more mobile after acquiring horses in the late 1700s and hunting buffaloes was one of the habits they embraced from the Plains Indians.

Trading assumed a bigger role in the lives of the natives as The European Americans began to compete with them for trade in the mid 19th century and tobacco served as an excellent commodity for trading, especially with the Northwest Coast Tribes.

They ate meat, mollusks, fish chiefly salmon as well most of what they gathered.  From May to October, men indulged in fishing and women cleaned and dried the fish. Both meat and mollusks were roasted, boiled and dried. In summer, people generally ate two meals while in winter, they had one.

The traditional outfit comprised of a bark breechclout or apron, a bark poncho, and fur robes. They decorated themselves with shell ornaments from the Pacific Coast as well as porcupine quillwork, animal teeth, and claws. Later, women preferred Hudson’s Bay woolen cloths and beadwork for jewelry. Blankets from a wooden mill in Pendleton were also favored and are still valued today.

In summer, the tribe lived in longhouses made out of tule matting covering wooden frames, while in winter, they resided in permanent villages consisting of a number of structures such as a sweat lodge, a menstrual house, a pregnancy domain and one for giving birth. There were further an extensive ceremonial building and a subterranean pit house. After the acquisition of horses, they made the tipi their portable home.

There exists a K-6 school in each town of the Colville Indian Reservation. The only two schools that have grades until K-12 are the Inchelium School district and Lake Roosevelt High School. Students do not have much opportunity for availing higher education since no college has been established. 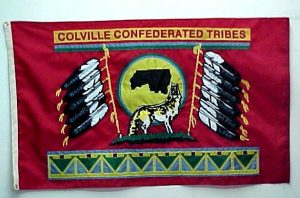 Earlier, the villages were autonomous and there was a chief along with a sub-chief to preside over them. All married adults could give their names as candidates for chief but he was required to have qualities such as honesty, integrity, and diplomacy.

At present, the Colville Business Council governs the Confederated Tribes and the Colville Indian Reservation by setting up policies to improve their economic conditions stressing the preservation as well as protection of both human and renewable resources. The Tribal Law and Order Code consists of general as well as particular laws and amendments.

The Yanomami tribal people, inhabiting the deep forests of Amazon in Brazil, boast of being the largest isolated tribe that presumably migra