Published on February 22nd 2018 by staff under Tribe Facts

The Suquamish are a Native American tribe that dwell on the Port Madison Indian Reservation, along the Kitsap Peninsula in the Puget Sound region of the state in Washington, USA.  According to the consensus of 2012, they have a population of about 3,893 members. 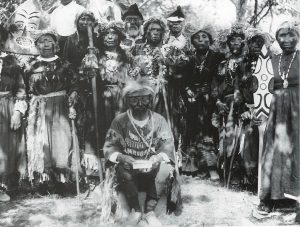 They speak a dialect of Lushootseed, a part of the Salishan language family. In the native Lushootseed language, their name means “place of clear salt water”. 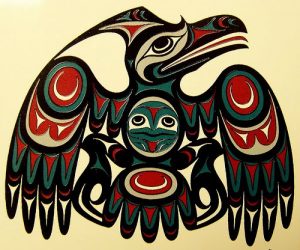 In 1792, the tribe’s first contact with the Europeans happened when a British officer of the Royal Navy, George Vancouver met two influential leaders of the tribe, Schwabe, and Kitsap, (after whom the Kitsap County is named), and initiated trading.

With the establishment of British trading posts in the Strait of Georgia and Puget Sound in the early 19th century, contact with the non‑natives became more regular. To discard aboriginal claims, the U.S government began to sign treaties with leaders of indigenous areas as soon as the Washington Territory was set up in 1853. Eventually, the Suquamish consented to cede land to the U.S as per the Elliot Treaty of 1855. With the passing of the Indian Act of 1876, the natives were designated to specific areas and their Chiefs were assigned to manage them. Finally, in 1923, the reserved chiefs joined together to form a singular Squamish Band.

The Suquamish ancestors lived mainly by harvesting salmons, and clams, as well as through other occupations like basket making and gathering roots and berries. For dry storage and holding liquids, tight-mesh baskets were employed, while open-mesh baskets were made for collecting seafood. The canoe, used extensively for fishing and traveling, was naturally their most important tool.

The tribe harvested food from temporary camps in the summer months, and in the winter months, they generally stayed indoors in villages consisting of big longhouses shared by many families. One of the most elaborate of these houses was the “Old man House” that was inhabited by both of their great leaders, Chief Seattle and Chief Kitsap.

Fishing and harvesting are carried on by the tribe at present, and there has also emerged a generation of artists like Ed Carriere, Betty Pasco, and Andrea Wilbur-Sigo who seek to narrate the history of the people through their exquisitely carved wooden figures. Interestingly, at the Squamish Museum can be found 6 sculptures that highlight the tribe’s creation days, narrating how animals and humans could talk and change shape. The community house, “House of Awakened Culture”, is another institution set up by the tribe that enlightens people about its distinct way of living. 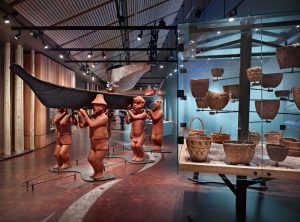 A Tribal Council of seven members, namely the Chairman, Vice-Chairman, Treasurer, Secretary, and three others, elected by the citizens of the tribe governs them. They meet on alternate Mondays or as required and look after different departments like administration, child support enforcement, community development, court, early learning center, education, fishery, human services, as well as legal, and natural resources.

The tribe resolves any issues regarding child support, civil claims, name change etc. in a peaceful manner by following the norms of its Constitution at the Tribal Court. However, courts like these do not have the right to punish non-Indians, as exemplified by the way the U.S Supreme Court upheld the appeal of the non-Indian, Mark David Oliphant for release when he was arrested for assaulting a tribal police officer.