Published on February 27th 2016 by staff under Tribal Tattoo

Tribal tattoos designs are going on for ages. And dreamcatcher tribal tattoos are one of the most popular tattoo artworks among women these.

Dreamcatcher is a hoop carrying a woven mesh, beads as well as feathers hanging from it. 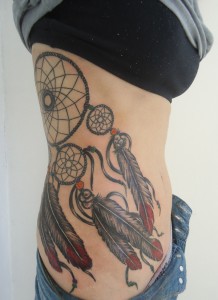 These days, dreamcatehers are considered as a symbol of American Indian heritage. During the 60s and 70s, it was adopted as an American Indian culture symbol, but the actual origin is still debated. 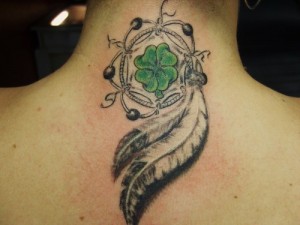 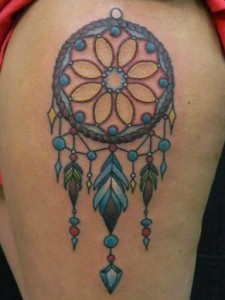 Unlike like old days, colorful dreamcatcher tattoos are quite a common sight these days. 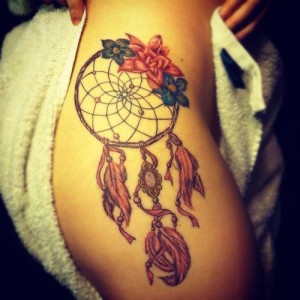 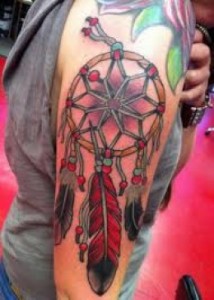 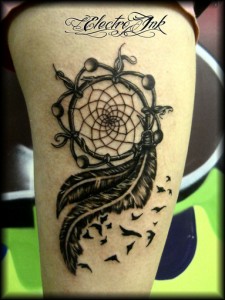 Traditionally, dreamcatchers were hung above children’s beds. It was believed that it would only allow good dreams to enter someone’s persons mind. 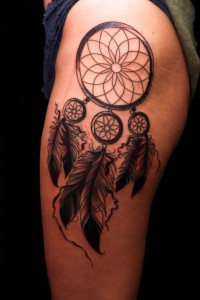 We really love this one. This is simple, yet beautiful. 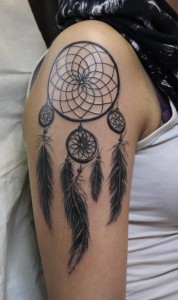 At times, people pick feathers of a specific bird to signify things that are associated with them. 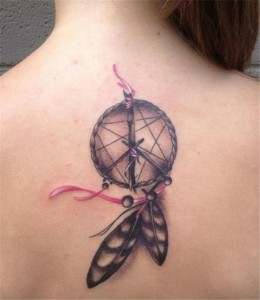 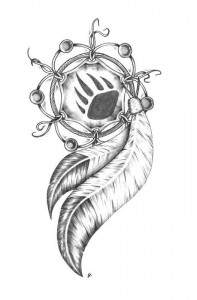 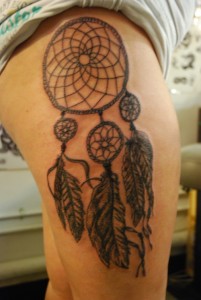 This is a unique dreamcatcher tattoo blended with a wolf tattoo. 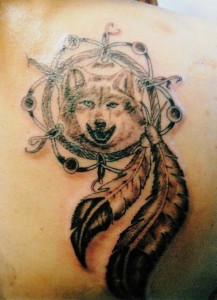 The fire and flame concept being mentioned in several myths and legends comes along with a lot of positive as well as negative implications.

Tribal tattoo inking culture has been going on for thousands of years now. Each tattoo has its own significance in its own culture. Best Ea