Published on February 11th 2016 by staff under Tribal Tattoo

If you are a WWE fan, it is obvious that you like Dwayne Johnson, popularly known as The Rock. He is not just talked about for his in-ring moves or his films, but his tattoo is also very popular among a lot of his fans.

In 2003, The Rock went to Hawaii traveled to to get his family history tattooed by well known Tahitian tattoo artist Po’oino Yrondi. His tattoo primarily has three meanings – having a family, protecting his family and warrior spirit. 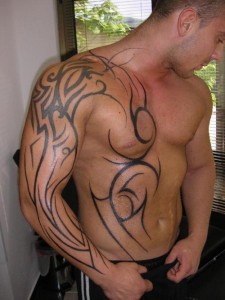 Images of The Rock Tribal Tattoo 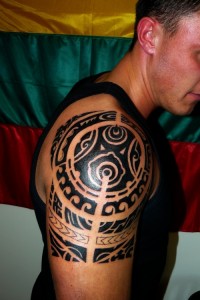 The descending swirls tattoo symbolizes past, present and future.

The two eyes tattoo stands for his ancestors looking after his family. 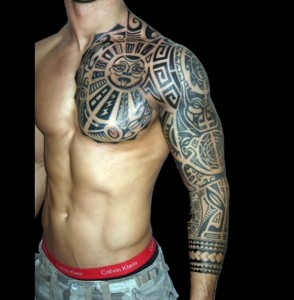 He has another tattoos called the Great Eye. It is believed to distract all the enemies. 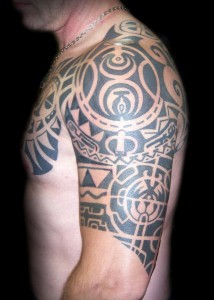 Stones tattoo stands for achieving something in life. 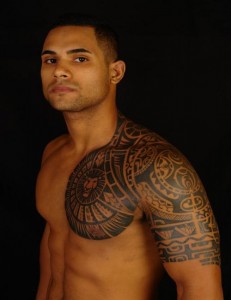 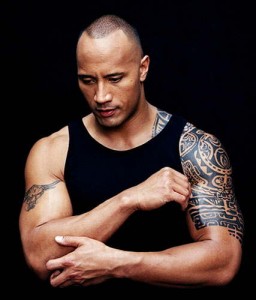 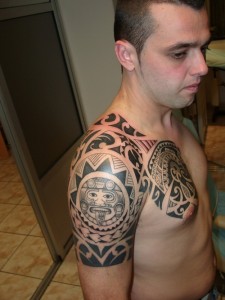 The broken face with shark teeth tattoo represents his struggles and warrior spirit. 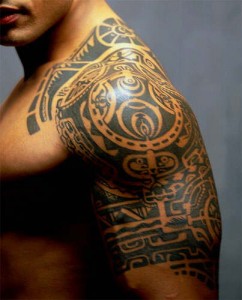