Published on September 7th 2016 by staff under Tribe Facts

The Blackfoot tribe, also referred to as Blackfeet, is a fierce, warlike American Indian tribe that traditionally called themselves Nizitapi or the ‘Real People.’ The tribe got its name Blackfoot, an English translation of the word ‘siksika’ from the practice of blackening their moccasins with ash. Though the plural “Blackfeet” – an Anglicization, is not liked by some Blackfoot people, both the terms are used to refer to them.

What does the Blackfoot Nation Comprise of

The Blackfoot Nation, comprising of the four tribes, namely Siksika, Kainai, Pikuni, and North Peigan Pikuni, have the same cultural events and enemies, but they do not follow a single chief. The Pikuni, Kainai, and Siksika often formed allies and were sometimes called the Blackfoot Confederacy. At present, each boast of its government, judges, police, and other services with each community residing on its own reservation.

The Blackfoot Nation has a blue flag that sports an outline map of the Blackfoot Reservation among other details. 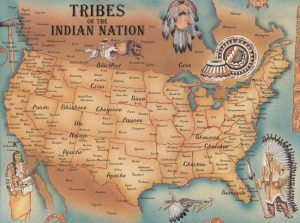 Where Does the Blackfoot Tribe Live

It is believed that the tribe migrated from the eastern woodlands to the Great Plains, and settled particularly in Montana, Idaho as well as Alberta Canada. Today, there is one Blackfoot reservation having a population of about 25,000 divided between US and Canada. Amidst nearly 15,560 enrolled tribal members, 7000 reside on or near the reservation. There can be found many Blackfoot descendants, but they are not tribal members. 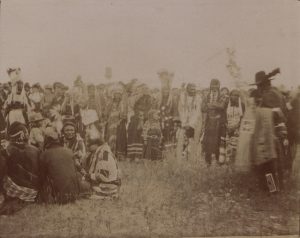 Warfare formed an important part of their culture, and they mainly employed long bows and arrows, spears, lances, knives and shields of buffalo hides to protect themselves in battles.

The Blackfoot men were game hunters, and buffalos were the most valued animal that they largely used to meet their various needs such as food, clothing, shelter and equipment. They also hunted other animals like deer, moose, and elk.

Both genders took an active interest in telling stories.

Earlier the native children had domestic chores, and they enjoyed unique games like hoop games. Nowadays, children go to schools and sometimes join their fathers in fishing or hunting.

These people lived in houses made from buffalo hides called tipis which could be easily and quickly set up. Now they have modern houses and tipis are put up only for fun.

What Do they Eat

The staple diet of the Blackfoot tribe, buffalo meat was boiled, roasted or dried. The women, after foraging the plains, supplemented meat with steamed camas roots, herbs, berries, and fruits. They also had ground squirrels in their diet. At present, some of these tribal people have started adding salt in their cooking, but this new condiment is yet to gain universal acceptance. 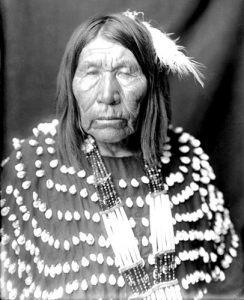 Earlier these tribal people had no interest in artwork, but now quill embroidery, beading, and basket-making are the various craft works that they excel in. They also use art in decorating their clothing, teepees, and different everyday tools.

Traditionally, the Blackfoot people wore dresses made from the hides of buffalo, deer, elk, and antelope. Men wore breechcloths and leggings whereas women preferred ankle length dresses and leggings. They also wore tunics made from buckskin.

Tall feather hair dresses were adorned by Blackfeet chiefs as the status symbol. Men generally made three braids with a topknot in daily life while women kept their hair loose or made two thick braids. They also had their faces painted on special occasions.

After the invasion of Europeans, these Indians  incorporated calico dresses and felt hats in their clothing. Now some men wear modern clothes like jeans instead of breechcloths.

Besides wearing earrings of a sea shell or semi-precious stones, they used elk tusks as decorations on their dresses. Men of rank adorned their necklaces with a grizzly bear paw. Women wore necklaces made of sweet grass and elk or deer teeth bracelets. 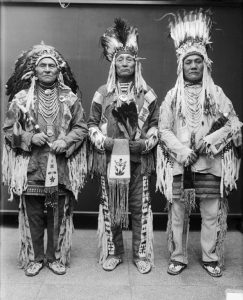 The Blackfeet people based their religious beliefs on animism or the custom of investing all living and nonliving things with spiritual power. They believe in the great spirit, referring to him as Manitou. Storytelling constitutes a

The most important tribal ceremony was the Sun Dance, a celebration of the sun god that occurred in midsummer. A virtuous or ‘vow’ woman would take the responsibility of preparing the food and organizing the whole ceremony, which was carried out through dancing, singing, prayer, and fasting.

These people still now refrain from eating fish or using canoes due to their conviction that Suyitapis or underwater people arm the lakes with special powers. However, they have abandoned many of the previously followed religious customs.

The creation myth revolves around the activities performed by their creator, Napioa, who is also called The Sun, Old Man, and Napi. They believe that Napioa created the world and along with it men, women, animals, and plants from mud. 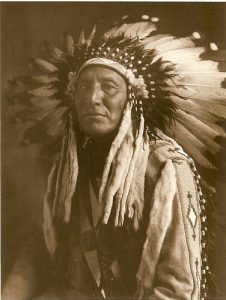 The European invasion in the late 18th century brought diseases such as smallpox and measles that resulted in endless deaths and significantly reduced the Blackfoot population. However, the horses brought by the Europeans proved beneficial as it enabled them to hunt buffaloes easily rather than on foot or using raft or dog sled, which was the mode of transportation in the past.

Creation of the Blackfoot Indian Reservation

When white settlers started rushing into these lands for new opportunities in the mid 19th century, they were taken aback by the aggressive military behavior of the Indians who attacked and destroyed numerous trading posts in their territory. The U.S. government was called forth to negotiate and thus the ‘Lame Bull Treaty’ was signed by the Blackfeet people in 1855. After a series of treaties, the Blackfoot Indian Reservation was made for these tribal people.

From among the four districts of the Blackfeet reservation, namely Browning, Heart Butte, Seville, and Old Agency Districts, nine members are elected to form the Blackfeet Tribal Business Council that serves four-year terms. They also have their own written constitution. 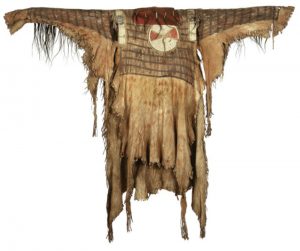 Stationery items such as pencils, pens and markers are produced by a manufacturing plant on the reservation. Various other businesses are operating under the Siyeh Development, Inc. The land is mainly employed for ranching and farming with the chief crops being wheat, barley, and hay.

Western Educational facilities were introduced into the Montana Reservation during the dark years of 1884 to 1910, when the tribal population was declining, with the earliest educational institution being the Holy Family Mission. In 1974, the Blackfeet people opened the Blackfoot Community College at Montana where two-year degree courses are offered in Arts and Sciences.

Relation with the Outside World Today

At present, among the numerous problems faced by the Blackfoot people, one is unemployment, and it has led many Indians to move towards towns and cities. Some of the lands are used for extracting oil, natural gas and other resources by individual companies on payment of lease to the government.